Development of Law for Land Acquisition in India

Development of Law for Land Acquisition in India 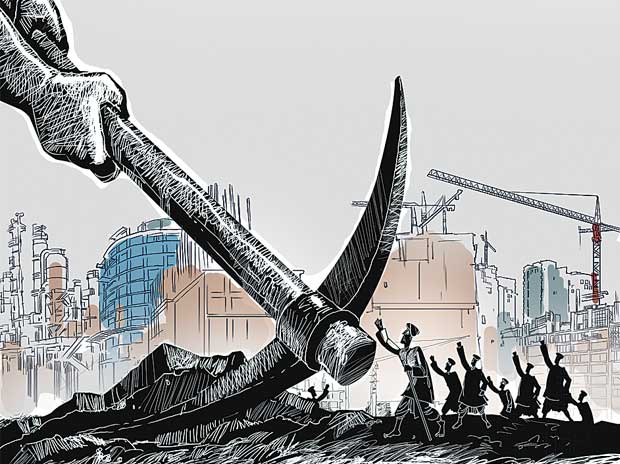 The first land acquisition legislation in India was enacted by the British government in 1824.[1] It enabled the British government to “obtain, at a fair valuation of land or other immovable property required for developmental works such as building of roads, canals and other public purposes. The Bengal Regulation I of 1824 was replaced by Act I of 1850, by which the provision for land acquisition was extended to Calcutta town. By 1857, various laws on land acquisition were consolidated as Act VI of 1857 and it was made applicable to the whole of British India. The 1857 Act was replaced by the Land Acquisition Act (Act X of 1870). However, as noted by the Hon’ble Supreme Court in Radhey Shyam(D) Through LRs and Others v. State of U.P. and Others[2], the Act was made ineffective. The Act of 1870 was repealed and the Land Acquisition Act, 1894 (Act I of 1894) which was said to be enacted for the purpose of facilitating acquisition of private land by the Government for public purposes. After India gained independence in 1947, it adopted the Land Acquisition Act of 1894 by the “Indian Independence (Adaptation of Central Acts and Ordinances) Order” in 1948.

Since 1947, land acquisition in India has been done through the British-era act. It was in 1998 that the rural development ministry initiated the actual process of amending the act. The Congress-led United Progressive Alliance (UPA) in its first term (2004-09) sought to amend the act in 2007 introduced a bill in parliament. It was referred to the standing committee on rural development, and subsequently, cleared by the group of ministers in December 2008, just ahead of its eventual passage. The 2007 amendment bill was passed in Lok Sabha as the “Land Acquisition (Amendment) Act, 2009″ in February 2009, and the UPA returned to power for a second term in May that year. However, with the dissolution of the 14th Lok Sabha soon after, the bill lapsed. The government did not have the required majority in the Rajya Sabha to pass the bill.

The Bill of 2007 called for a mandatory Social Impact Assessment (SIA) study in case of large-scale “physical displacements” in the process of land acquisition.[3] The act ensured the eligibility of tribals, forest-dwellers and persons having tenancy rights under the relevant state laws. As per the bill, while acquiring the land, the government had to pay for loss or damages “caused to the land and standing crops in the process of acquisition” and additionally, the costs of resettlement and rehabilitation of affected persons or families. This cost or compensation would be determined by the “intended use of the land” and as per prevailing market prices.

The above mentioned Bill of 2007 in 2011 as the “Land Acquisition Rehabilitation and Resettlement Bill, 2011″ or LARR, 2011.[4] The bill proposed that for a private project, land could be acquired only if 80% of the affected families agree to its acquisition. For a public-private partnership (PPP) project, 70% affected families must agree. Besides, it proposed compensation for the affected parties—four times the market rate in rural areas and two times of the market rate in urban areas. It also sought to compensate artisans, traders and other affected parties through a one-time payment, even if they didn’t own land in the area considered for acquisition. The bill was passed in August 2013 as “The Right to Fair Compensation and Transparency in Land Acquisition, Rehabilitation and Resettlement Act, 2013″ and came into effect on 1 January 2014.[5]

In 2014, the government stated in Parliament that it is difficult to execute the projects, including the “Make in India” programme, which seeks to revive and boost domestic manufacturing hence, the land acquisition is also central to the government’s thrust in infrastructure development. To facilitate the same, the land acquisition amendment ordinance in December 2014 was framed with a view to introducing legislation in the Budget session of parliament.[6]

Under the proposed 2015 bill, there will be five categories which will be exempt from certain provisions of the previous act, including consent for acquisition. They are: national security and defence production; rural infrastructure including electrification; affordable housing for the poor; industrial corridors; and PPP (public private partnership) projects where the land continues to vest with the central government.[7]

These categories are also exempted from the SIA provisions, as provided for in the 2013 act.

The 2013 act facilitated land acquisition by private companies, which the 2015 bill has changed to “private entities.” As per its definition, a “private entity” is “an entity other than a government entity” and includes “a proprietorship, partnership, company, corporation, non-profit organisation, or other entity under any other law.”[8]

[1] The Bengal Resolution I of 1824, the law applied “to the whole of Bengal province subject to the presidency of Fort William.

[2] Division Bench comprising S Sighvi and Asok Kumar Ganguly Radhey Shyam(D) Through LRs and others v. State of U.P. and others Civil Appeal No. 3261 decided on April 15, 2011.

“The history of land acquisition shows that in Eighteenth century, Bengal Regulation I of 1924, Act I of 1850, Act VI of 1857, Act XXII of 1863, Act X of 1870, Bombay Act XXVIII of 1839, Bombay Act XVII of 1850, Madras Act XX of 1852 and Madras Act I of 1854 were enacted to facilitate the acquisition of land and other immovable properties for roads, canals and other public purposes by paying the amount to be determined by Arbitrators. The Act of 1870 provided for proper valuation of the acquired land. In case of a dispute on the amount offered in lieu of acquisition, the Collector could make a reference to the Civil Court who were assisted by the assessors. In case of disagreement between the Civil Court and assessors, then an appeal can be filed in the High Court. The mechanism proved ineffective because a lot of time was consumed in litigation.”

[3] Insertion of new section 3A vide Clause 8 of the Land Acquisition (Amendment) Bill, 2007, Bill No. 97 of 2007. Mandatory Social Impact Assessment (SIA) prior to acquisition of land under this Act.

“Public purpose” has been comprehensively defined, so that Government intervention in acquisition is limited to defence, certain development projects only. It has also been ensured that consent of at least 80 per cent.”

[6] The Right to Fair Compensation and Transparency in Land Acquisition, Rehabilitation and Resettlement (Second Amendment) Bill, 2015, Bill Citation No. 152 of 2015.