THE REALIZATION OF THE RIGHTS OF TRANSGENDER PERSONS IN INDIA

THE REALIZATION OF THE RIGHTS OF TRANSGENDER PERSONS IN INDIA 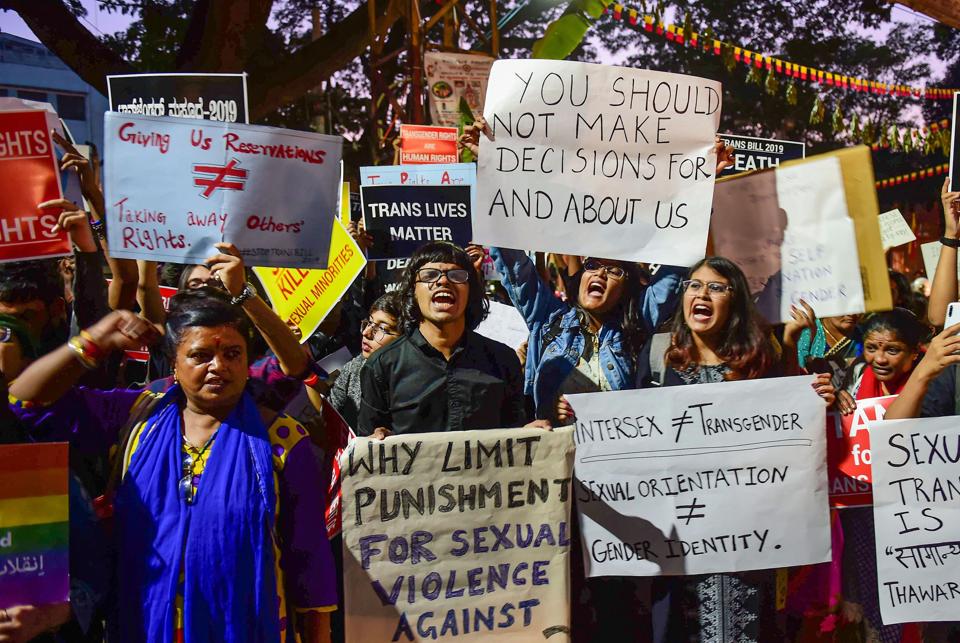 The right to recognition as a person before the law is guaranteed in numerous international human rights conventions, and is a fundamental aspect of affirming the dignity and worth of each person. Legal gender recognition is also an essential element of other fundamental rights including to privacy, to freedom of expression, to be free from arbitrary arrest, and rights related to employment, education, health, security, access to justice, and the ability to move freely.

It is essentially a word of western origin and is now used as an umbrella term in the sense that it refers to all gender-variant people and includes many different identities.[1] A NACO Report considers the term ‘trans-gender’ as the symbolic representation of crossing the boundaries, and it has been derived from the two different languages; the Latin word ‘trans’ and the English word ‘gender’.[2] ‘Transgender’ has been defined as:

“An umbrella term that refers to all identities or practices that cross over, cut across, move between, or otherwise queer socially constructed sex/gender binaries. The term includes, but is not limited to, transexuality, hetrosexual transvestism, gay drag, butch lesbianism and such non-europian identities as the Native American berdache or the Indian Hijra.”[3]

A report prepared by the United Nations Development Program (UNDP) enunciates that the term transgender is wide enough to include pre-operative, post-operative and nonoperative ‘transsexual’ people (who strongly identify with the gender opposite to their biological sex), male and female ‘cross-dressers’ and men and women, regardless of sexual orientation, whose appearance or characteristics are perceived to be gender-atypical.[4] In India, transgender people include Hijra, Kinnar (eunuchs), shiv-shakti, jogappas, sakhi, Jogtas and Aradhis. Scholars have expressed that in fact, there are many who do not belong to any of the groups but are transgenders persons individually. Transgender people may live full-or-part time in the gender role opposite to their biological sex.[5]

The transgender community in India were an ignored segment of the society and faced deep and pervasive discrimination, despite protection under various provisions of the Constitution. In April, 2014, Supreme Court in its landmark judgment of NALSA v. Union of India[6] (hereinafter the NALSA judgment) ushered in the recognition of various civil and political rights of the transgender community. The genesis of this recognition lies in the acknowledgment of equal worth of every person and the right of choice given to an individual which is the inseparable part of human rights.[7]

The judgment was delivered by a division bench of the Supreme Court of India, comprising of K.S. Radhakrishnan J. and Dr. A.K. Sikri J. The National Legal Services Authority (NALSA) had approached the court through a writ petition, on behalf of transgender community. Their primary argument was against the state enforced hetro-normativity[8] and recognition of only binary genders of male and female under Indian law. The petitioners sought for legal measures to cater to the needs of the transgender in tune with the various constitutional rights.

The court while drawing historical and cultural significance of transgender groups highlighted the trauma undergone by the members of this community. The judgment drew a distinction between the concept of sex and gender identity, which refers to an individual self identification as a man, woman, transgender or other identified category. The court referred to various international efforts[9] including the Yogyakarta principles[10] and the fundamental rights provided under the part III of the Constitution of India, to afford recognition to the rights of the transgenders. The court held that hijra, eunuchs, aravanis and thirunangi, kothi, jogtas/jogappas, shiv-shakthis etc. in addition to binary be treated as third gender. The court also recognised transgenders right to self-determination. Apart from other significant directions, the court directed the state to treat transgenders as socially and educationally backward classes (hereinafter SEBCs) and extend all kinds of reservation as available to members of Other Backward Classes (hereinafter OBCs) category.

Knowing the beneficiaries of reservation is significant for its proper implementation. Hence, it is important to understand the meaning and definition of the term ‘transgender’, especially in the context propounded by the NALSA judgement. Generally speaking, the term transgender refers to people who deviate from social gender norms.[11] Typically, a transgender person is someone whose sense of gender is different from their physical characteristics or the sex assigned to him at the time of birth.[12]

LEGAL GAINS FOR THE TRANSGENDER COMMUNITY THROUGHOUT INDIA

While the struggle at the level of the Courts continues, some important advances have been made in transgender rights without much fanfare in some ways amounting to a silent revolution. In India, one’s gender and sex is fixed at birth and is used in all subsequent legal transactions. Thus, binary classification of gender into male and female that does not recognise a third gender category, as the Peoples’ Union for Civil Liberties (PUCL) Report on ‘Human Rights Violations against the Transgender Community’[13] argues, turns the transgender status of hijras into that of a legal non-entity. Only two sexes – male and female – are recognised in Indian civil law.[14] Furthermore, India does not recognise sex changes on identity cards, which makes it impossible for an intersex person or hijra to choose a legal female identity in most states. Lack of legal recognition has important consequences in getting government ration (food-price subsidy) shop card, passport, and bank account. The PUCL report recommends that “Civil rights under law such as the right to get a passport, ration card, make a will, inherit property and adopt children must be available to all regardless of change in gender/sex identities.”[15] Furthermore, The UNDP Report (2010) ‘Hijras/Transgender in India: HIV, Human Rights and Social Exclusion’ recommends:[16] “Develop action steps toward taking a position on legal recognition of gender identity of Hijras/TG need to be taken in consultation with Hijras/TG and other key stakeholders. Getting legal recognition and avoiding ambiguities in the current procedures that issue identity documents to Hijras/TG are required as they are connected to basic civil rights such as access to health and public service, right to vote, right to contest elections, right to education, inheritance rights, and marriage and child adoption”. There have been major inroads into the otherwise rigid gender classification system in India amounting to a silent revolution in sexuality rights.

[8] The term implies the presence of normative principles accepting or supporting only heterosexuality in social institutions. It is based on an assumption that all humans are heterosexual. The term was coined in 1991 by Michael Warner. See Jillian T. Weiss, “Heteronormativity” International Encyclopaedia of the Social Sciences, available at: http://www.encyclopedia.com/social-sciences/applied-and-social-sciences-magazines/heteronormativity

[10] The Yogyakarta Principles are the principles on the application of international human rights law in relation to sexual orientation and gender identity. The principles state that sexual orientation and gender identity are integral to every person’s dignity and humanity and must not be the basis for discrimination or abuse, available at: http://data.unaids.org/pub/manual/2007/070517_yogyakarta_principles_en.pdf