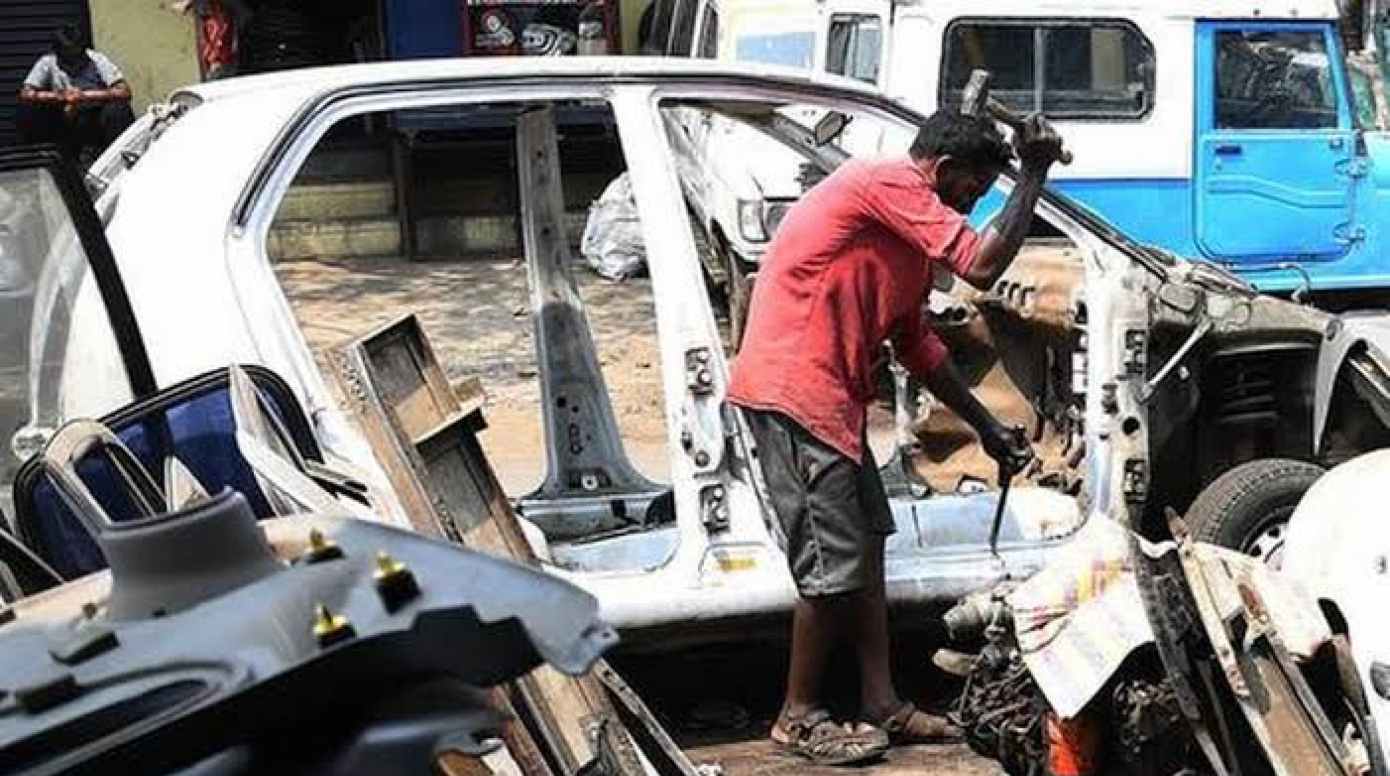 In the making since 2015, India’s National Automobile Scrappage Policy was formally announced today, 13 August, 2021. At the Investor Summit in Gandhinagar, Gujarat, the national vehicle scrappage policy was announced by India’s Prime Minister Narendra Modi, in the presence of Nitin Gadkari, Minister of Road Transport and Highways, and Gujarat Chief Minister Vijay Rupani. During the presentation, Gadkari mentioned the vehicle scrappage policy is a step necessitated by India’s commitment to the Paris Agreement; one that is also aimed at providing a much-needed boost to the country’s automotive and manufacturing sectors.

The promotion of clean mobility necessitates a reduction in the country’s fuel import bills, and a reduction in emissions is a pressing need at this time. Gadkari mentioned how more than one crore vehicles on India’s roads contribute greatly to rising pollution levels, as well as their tendency to be less fuel-efficient towards the end of their life. Moreover, he pointed out such vehicles are also inherently unsafe and can be a threat to their occupants as well as other road users.

Under its Voluntary Vehicle-Fleet Modernisation programme (VVMP), the government plans to set up between 450-500 automated vehicle fitness testing stations across India on a public-private partnership (PPP) basis involving private firms and state governments. A total of 60-70 vehicle scrapping centres will also be built, with Gadkari mentioning they will be situated no further than 150-200 kilometres away from any location in India. A total of seven agencies – including Tata Motors – have signed a Memorandum of Understanding (MoU) with the government today for this project. Tata Motors’ vehicle scrapping centre will be set up in Gujarat, will scrap both passenger and commercial vehicles and will have the capacity to recycle up to 36,000 vehicles a year.

The scrappage policy leaves the choice of scrapping to the owner of the vehicle, with Gadkari saying the automated tests will place emphasis on vehicle fitness, and not its age. Private vehicles – which are over 20 years old – will have to undergo fitness tests, at an estimated cost of Rs 300-400 per test. Vehicles that pass the automated tests will be subjected to a ‘green tax’, which will see owners shell out an additional 10 percent to 25 percent of road tax at the time of the renewal of the vehicle’s fitness certificate, along with re-registration fees. However, those who choose to drive a vehicle that has failed the automated test will face substantial penalties, and such vehicles could also be impounded.

The implementation of the vehicle scrappage policy in India is still some time away. Initially, it will be heavy commercial vehicles that will need to undergo fitness tests starting 1 April, 2023, while fitness tests will be made mandatory for all other types of vehicles from 1 June, 2024, in a phased manner.

BENEFITS OF THE VEHICLE OWNERS

Over a period of time, the government estimates scrapping an old vehicle and replacing it with a new one will bring substantial monetary benefits for motorists, in addition to reducing emissions and enhancing fuel efficiency. Road Transport & Highways Secretary Giridhar Aramane said initial estimates suggest an owner of an old compact sedan may enjoy benefits of up to Rs 1.15 lakh over a three-year period by scrapping their vehicle and buying a new one, including direct concessions as well as savings from lower fuel and maintenance costs.

The National Automobile Scrappage Policy will attract investment of over Rs 10,000 crore, and generate 50,000 jobs in the country. Gadkari explained the proper recycling of raw materials obtained from the scrapping will help reduce import of materials such as aluminium, copper, steel and more. With the potential to recycle up to 99 percent of materials used in a vehicle, raw material costs are estimated to drop by as much as 40 percent. This will make components cheaper for vehicle manufacturers, and will also lead to increased GST revenues of Rs 30,000-40,000 crore for both state and central governments.

Additionally, there’s also a possibility to derive materials needed for local production of lithium-ion batteries (to be used in electric vehicles) from scrapping older vehicles, which could help drive the growth of the EV business.

Old vehicles will have to pass a fitness test before re-registration and as per the policy government commercial vehicles more than 15 years old and private vehicles which are over 20 years old will be scrapped.

Old vehicles will be tested at authorized Automated Fitness Center and will not be scrapped merely on the basis of age.

Emission test, braking system, safety components will be tested and the vehicles which fail in the fitness test will be scrapped.

If the old vehicle passes the test, the owner can continue to use it, but the charges for reregistration will be much steeper.

The Union Road and Transport Ministry has also issued rules for registration procedure for scrapping facilities, their powers, and scrapping procedure to be followed.

The state governments may be advised to offer a road-tax rebate of up to 25% for personal vehicles and up to 15% for commercial vehicles to provide incentive to owners of old vehicles to scrap old and unfit vehicles.

Vehicle manufacturers will also give a discount of 5% to people who will produce the ‘Scrapping Certificate’ and registration fees will be waived off on the purchase of a new vehicle.

As a disincentive, increased re-registration fees would be applicable for vehicles 15 years or older from the initial date registration.

It will lead to creation of more scrap yards in the country and effective recovery of waste from old vehicles.

India had to import 23,000 crore worth of scrap steel during the last year as India’s scrapping is not productive and India is not able to recover energy and rare earth metals.

In the new fitness centres, 35 thousand people will get employment and an investment of Rs 10,000 crores will be pumped in.

This will boost sales of heavy and medium commercial vehicles that had been in the contraction zone as a result of economic slowdown triggered by the bankruptcy of IL&FS (Infrastructure Leasing & Financial Services) and Covid-19 pandemic.

The government treasury is expected to get around Rs 30,000 to 40,000 crores of money through Goods and Services Tax (GST) from this policy.

Prices of auto components would fall substantially with the recycling of metal and plastic parts.

As scrapped materials will get cheaper the production cost of the vehicle manufacturers will also reduce.

It will play a major role in modernising the vehicular population as it will help in phasing out the unfit and polluting vehicles across the country and promote a circular economy and waste to wealth campaign.

As older vehicles pollute the environment 10 to 12 times more, and estimated that 17 lakh medium and heavy commercial vehicles are more than 15 years old.