Evolution of Women’s Right Over Inheritance

Evolution of Women’s Right Over Inheritance 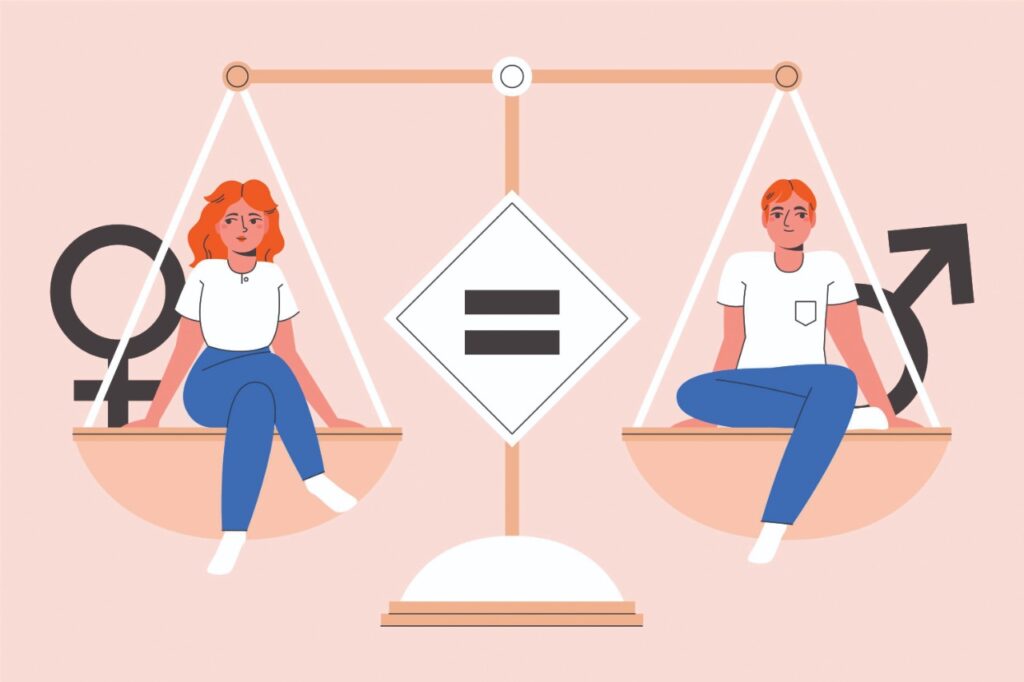 Every individual human being’s life is shaped by the presence of women. Securing her better birthrights would mean giving our society, family, and every individual a brighter future. Developed societies/nations have always prioritized giving women the same rights as men. These societies/nations are developing because they understand the need of the hour and in every possible way trying to give women better rights. Gender inequality manifests itself in a variety of ways, but the most vexing aspect has to do with effective property rights. This disparity in property rights between men and women dates back to ancient times.

Women’s empowerment has been a big movement in the last decade, not only outside the house but also within the home and marriage. In Indian context, one of the way to achieve gender equality can be by ensuring that woman is economically independent and has equal rights under the coparcenary system. A broad differentiation can be made between joint family properties or ancestral property and self-acquired or separate property.

The Hindu Undivided Family (HUF) or Joint Hindu family under Hindu customary law is an arrangement in which family members traditionally shared a common roof and performed family business jointly. Cash, securities, investments, commercial assets, and land were all held jointly for the benefit of the extended family. The property of the joint family is generally inherited from the male offspring, and consists of properties acquired jointly or bought separately but merged into the common property.  However, the Hindu coparcenary is a narrower term than the Hindu joint family and is limited to a maximum of four generations. Under the old Mitakshara law, only a son born or adopted into a joint Hindu family was traditionally considered a “coparcener,” who acquire by birth an interest in the joint or coparcenary property. The coparceners of the joint family i.e., usually are sons, grandsons and great-grandsons, are the holder of the joint property for the time being. This law makes it crystal clear that a woman cannot be a coparcener. Even if she is entitled to maintenance from her husband’s property and has an interest in it to that amount, a wife is not her husband’s coparcener.

During the British period, social reform movements raised the issue of improving women’s social standing. The Hindu Law of Inheritance Act of 1929 was the first piece of legislation that included females in the inheritance scheme. This Act granted inheritance rights to three female heirs: a son’s daughter, a daughter’s daughters, and a sister (thereby creating a limited restriction on the rule of survivorship).

During this period another landmark legislation conferring ownership right on a woman was the Hindu Women’s Right to Property Act of 1937. This Act resulted in revolutionary changes in Hindu Law of all schools, affecting not only the law of coparcenary but also the law of partition, alienation of property, inheritance, and adoption. The Act was designed to provide women with improved inheritance rights and to promote social development. Under the 1937 act, all the interest that the husband had over the property are now referred to as “interest in the joint family property” at the time of his death. Before passing of the act, the concept of survivorship prevailed where upon the death of a coparcener, the widow was not entitled to his share of interest. The Act thus abolished the concept of survivorship and tried to ensure that in the Mitakshara coparcenary, the widow of the deceased would take the same interest which her deceased husband had in the joint family property at the time of his death. She was made entitled to claim partition as a male owner. However, in all cases, she was as a limited owner. The widow though a member of a joint family and having right in coparcenary interest, was not a coparcener. Although these legislative enactments conferred new rights of succession on certain women, they failed to protect women against discrimination and were subsequently repealed.

The Hindu Succession Act of 1956 is a landmark piece of legislation in this field. The Act brought all Hindus under one type of joint family coparcenary system, known as Mitakshara coparcenary. It was a revolutionary act in its day. The Mitakshara coparcenary system was followed by the act, which contemplated the existence of a coparcenary consisting of male members-only who have an interest by birth in the joint family property. As per Section 6 only a maximum of four male generations i.e., grandfather, son, grandson and great-grandson were considered as coparceners of the HUF. As a result, the daughter was not considered a coparcener in the enactment. By excluding the daughter from participating in coparcenary ownership, the law not only contributed to gender discrimination but also resulted in oppression and negation of her constitutionally guaranteed fundamental rights.

Before the Act of 1956, a Hindu female’s property was divided into two categories: a) Stridhan and b) Hindu Women’s Estate. The former was considered her absolute property, over which she had complete ownership, and it passed to her heirs upon her death. The latter was regarded as her limited estate, over which she had limited alienation powers. On her death, such property passed not to heirs, but the next heirs of the last full owner. However, Section 14 of the 1956 Act abolished the latter classification and gave her absolute ownership of all property acquired through lawful means.

The Hindu Succession (Amendment) Act of 2005 was passed to repeal the Hindu Succession Act of 1956’s gender discriminatory provisions. The Act made significant changes to the 1956 Act and now daughters are considered coparceners and have all of the same rights as male heirs. Furthermore, the most controversial Section 6 of the Hindu Succession Act, 1956, which did not include women as a coparcener in the joint family property before 2005 was amended and daughters now have the same coparcenary rights as sons. This amendment also repealed Section 23 of the Hindu Succession Act, which precluded a female heir from demanding partition for a dwelling house wholly occupied by a joint family until the male heirs chose to divide their respective shares. Section 24 of the Act, which denied a widow the right to inherit her husband’s property if she remarried, has also been repealed.

However, the questions as to whether this amendment was retrospective or prospective in nature, whether it applied to cases where the succession had already begun before the 2005 Amendment, what would be the effect of the daughter being declared to be a coparcener by birth, would her right to a share date back to the date of her birth, or would it apply only to females born after 2005, remained unanswered.

The Supreme Court’s Division Bench in the case of Prakash & Ors. v. Phulvati and Ors.[1], was the first attempt to resolve the issue of whether the amendment is applicable even if the daughter’s father died after the act came into effect. In the current case, the Supreme Court distinguished between Section 6 of the Hindu Succession Act and the Amendment Act and held that even though that act expressly prohibits retrospective application, it would not be appropriate to treat it as social legislation and apply it retroactively. As a result, the Act only applies to cases in which both the father and his daughter were alive on September 9, 2005, when the amendment took effect.

Another Supreme Court’s division bench, however, took the opposite view in the subsequent case of Dannama @ Suman Surpur v. Amar[2]. In this case, the Supreme Court held that the amended section gave the daughter full rights to the property in question, despite the fact that her father died in 2001 before the amendment took effect.

Since both decisions were made by a division bench of the Supreme Court, there was a lot of confusion about the law on these issues. Subsequently, the Supreme Court delivered a landmark decision, putting to rest a long-running debate over a Hindu female’s rights in joint Hindu family property.

In Vineeta Sharma vs. Rakesh Sharma & Others[3], a three-judge bench of the SC held that a daughter who was alive when the 2005 Amendment was enacted is a coparcener and has the same rights in the coparcenary property as a son. This is true regardless of whether her father was alive or dead at the time the 2005 Amendment was passed. The Court stated clearly and unambiguously that a daughter, like a son, becomes a coparcener and acquires a right in coparcenary property upon her birth.

However, if the family is not governed by the Mitakshara School of Hindu Law, or if the female coparcener died before the 2005 Amendment, or if the coparcenary property was transferred, willed away, or partitioned before 2005, then this decision will not apply. In the case of partition, it should have taken place by registered deed or by court decree. The Court has ruled that an oral partition or family arrangement/settlement must be backed up by substantial documentary evidence to be considered legally binding. This is to ensure that female coparceners do not lose their rights due to fraudulent partition claims.

Furthermore, on February 22, 2021, the Supreme Court recently broadened the scope of the above provisions in the case of Khushi Ram & Ors vs. Nawal Singh & Ors[4]. The Supreme Court ruled in the aforementioned case that family members on a Hindu widow’s parental side cannot be considered “strangers,” and her property can devolve upon them under the Hindu Succession Act. It went on to say that the heirs of a Hindu woman’s father fall under the category of persons entitled to the succession of the property.

A Hindu undivided family is made up of more than one person where only the blood decedents of one family can become its member. In addition, the Hindu Succession Act of 1956 allowed for the transfer of HUF property to a lineal descendant of the same ancestor. As lineal descendants comprised solely of male blood relatives, it meant that only the sons had the right to inherit the ancestral coparcenary property. The daughters were unaffected by the devolution of the coparcenary property. Meanwhile, the recent years saw three major court rulings on whether or not daughters fall under the coparcener’s umbrella and whether or not they are entitled to an equal share of the ancestral estate. The first two decisions were contradictory, so in the year 2020, a landmark decision in the case of Vineeta Sharma vs Rakesh Sharma[5] was decided.

Vineeta Sharma vs Rakesh Sharma[6] established the legal acceptability of whether a daughter can be a coparcener or not, as well as paving the way for daughters to have equal shares in the coparcenary property as the sons. As a result, the Supreme Court has taken a commendable step by enforcing Section 6 of the Amendment Act of 2005 in its entirety, putting an end to gender inequality in this area. This is a great step of the government so far as the Hindu code is concerned. Economically, it can enhance women’s security, by giving them birthrights in property that cannot be willed away by men. These judgements can empower women both economically and socially and have far-reaching benefits for the family and society if effectively implemented.