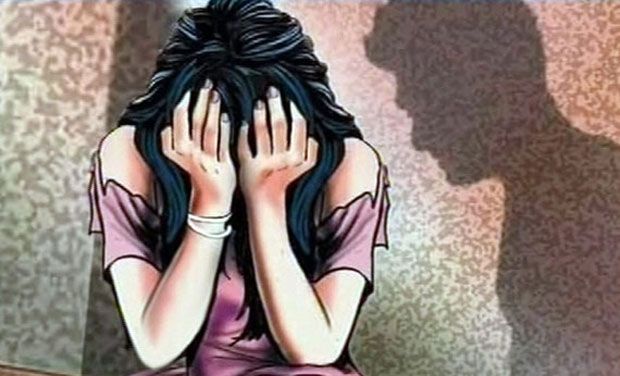 AN ANALYSIS OF PROTECTION OF CHILDREN FROM SEXUAL OFFENCES ACT, 2012

An Overview of the Act 2

Important Provisions of the Act 4

The Sexual Offences which are Recognized Under The Pocso Act and Punishments for Those Offences. 4

Procedure for Reporting of Cases under the Act 7

The very inadequacy of Indian Penal Code and absence of any stringent legislation for effectively addressing and tackling heinous crimes such as sexual exploitation and sexual abuse of children birthed the commencement of  POCSO Act, 2012 as the very intention of Government establishments was to protect the children from offences of sexual assault, sexual harassment and pornography and to facilitate adequate legal machinery by establishing special courts for trial of such offences and matters incidental connected with child sexual abuse crimes. This was in due compliance of Article 15 of Constitution of India which mandates the states to protect the children of this nation and in lieu of United Nations Conventions on the Rights of the Child which prescribes the set of standards to be followed by state parties in securing the  best interest of the child.

Though this legislation is general in nature and applies to everyone irrespective of their caste, creed, gender, religion etc. particularly, it punishes the offenders committing crimes against the children in rural as well as urban areas of the country.

AN OVERVIEW OF THE ACT

To deal with child sexual abuse cases, the Government has brought in a special law, namely, The Protection of Children from Sexual Offences (POCSO) Act, 2012. The Act has come into force with effect from 14th November, 2012 along with the Rules framed thereunder.

The POCSO Act, 2012 is a comprehensive law to provide for the protection of children from the offences of sexual assault, sexual harassment and pornography, while safeguarding the interests of the child at every stage of the judicial process by incorporating child-friendly mechanisms for reporting, recording of evidence, investigation and speedy trial of offences through designated Special Courts.

The said Act defines a child as any person below eighteen years of age, and defines different forms of sexual abuse, including penetrative and non-penetrative assault, as well as sexual harassment and pornography, and deems a sexual assault to be “aggravated” under certain circumstances, such as when the abused child is mentally ill or when the abuse is committed by a person in a position of trust or authority vis-à-vis the child, like a family member, police officer, teacher, or doctor. People who traffick children for sexual purposes are also punishable under the provisions relating to abetment in the said Act. The said Act prescribes stringent punishment graded as per the gravity of the offence, with a maximum term of rigorous imprisonment for life, and fine.

In keeping with the best international child protection standards, the said Act also provides for mandatory reporting of sexual offences. This casts a legal duty upon a person who has knowledge that a child has been sexually abused to report the offence; if he fails to do so, he may be punished with six months‟ imprisonment and/ or a fine.

The said Act also casts the police in the role of child protectors during the investigative process. Thus, the police personnel receiving a report of sexual abuse of a child are given the responsibility of making urgent arrangements for the care and protection of the child, such as obtaining emergency medical treatment for the child and placing the child in a shelter home, should the need arise. The police are also required to bring the matter to the attention of the Child Welfare Committee (CWC) within 24 hours of receiving the report, so the CWC may then proceed where required to make further arrangements for the safety and security of the child.

The said Act makes provisions for the medical examination of the child in a manner designed to cause as little distress as possible. The examination is to be carried out in the presence of the parent or other person whom the child trusts, and in the case of a female child, by a female doctor.

The said Act provides for Special Courts that conduct the trial in-camera and without revealing the identity of the child, in a child-friendly manner. Hence, the child may have a parent or other trusted person present at the time of testifying and can call for assistance from an interpreter, special educator, or other professional while giving evidence; further, the child is not to be called repeatedly to testify in court and may testify through video-link rather than in a courtroom. Above all, the said Act stipulates that a case of child sexual abuse must be disposed of within one year from the date the offence is reported. It also provides for the Special Court to determine the amount of compensation to be paid to a child who has been sexually abused, so that this money can then be used for the child’s medical treatment and rehabilitation.

The said Act recognises almost every known form of sexual abuse against children as punishable offences, and makes the different agencies of the State, such as the police, judiciary and child protection machinery, collaborators in securing justice for a sexually abused child. Further, by providing for a child-friendly judicial process, the said Act encourages children who have been victims of sexual abuse to report the offence and seek redress for their suffering, as well as to obtain assistance in overcoming their trauma. In time, the said Act will provide a means not only to report and punish those who abuse and exploit the innocence of children, but also prove an effective deterrent in curbing the occurrence of these offences.

The said Act is to be implemented with the active participation of the State Governments. Under Section 39 of the said Act, the State Government is required to frame guidelines for the use of persons including non-governmental organisations, professionals and experts or persons trained in and having knowledge of psychology, social work, physical health, mental health and child development to assist the child at the trial and pre-trial stage.

The said Act of 2012 was amended in 2019 and the offences prescribed in the old Act is replaced with enhanced punishments.

IMPORTANT PROVISIONS OF THE ACT

Table: Punishment for offences for using child for pornographic purposes

PROCEDURE FOR REPORTING OF CASES UNDER THE ACT

In case parent of the child cannot be present, medical examination to be conducted in the presence of a woman nominated by the head of the medical institution

Section-164 A of Cr.P.C.- Medical examination of the victim of rape.

The registered medical practitioner, to whom such woman is sent shall, without delay, examine her and prepare a report of his examination giving the following particulars, namely:-

While introducing the The Protection of Children from Sexual Offences (Amendment) Bill, 2019[19]in the Lok Sabha, it was noted in the statement and object of the Bill that “in the recent past incidences of child sexual abuse cases demonstrating the inhumane mind-set of the abusers who have been barbaric in their approach towards young victims is rising in the country. Children are becoming easy prey because of their tender age, physical vulnerabilities and inexperience of life and society. The unequal balance of power leading to the gruesome act may also detriment the mind of the child to believe that might is right and reported studies establish that children who have been victims of sexual violence in their childhood become more abusive later in their life. The report of the National Crime Records Bureau for the year 2016 indicate increase in the number of cases registered under the said Act from 44.7 per cent. in 2013 over 2012 and 178.6 per cent. in 2014 over 2013 and no decline in the number of cases thereafter.”[20]

Be that as it may, the Supreme Court, in the matter of Machhi Singh vs. State of Punjab[21], held that when the community feels that for the sake of self-preservation the killer has to be killed, the community may well withdraw the protection by sanctioning the death penalty. But the community will not do so in every case. It may do so in rarest of rare cases when its collective conscience is so shocked that it will expect the holders of the judicial power centre to inflict death penalty irrespective of their personal opinion as regards desirability or otherwise of retaining death penalty. The same analogy has been reiterated by the Supreme Court in the matter of Devender Pal Singh vs. State (NCT of Delhi)[22] wherein it was held that when the collective conscience of the community is so shocked, the court must award death sentence.

In the above backdrop, a strong need was stated and sought to take stringent measures to deter the rising trend of child sex abuse in the country, the proposed amendments to the said Act make provisions for enhancement of punishments for various offences. Hence, Section 6 of the Principal Act was substituted introducing ‘death penalty’ with new section vide Clause 4 of the Bill ,2019 which reads as follows:

Measures to be taken by Special Court during trial

Though the Act has envisaged the provision for compensation of victims under the Act but there were no such fixed parameter/scale of award. Hence, it was at the discretion of the courts or were forwarded to the District Legal Service Authority wherein the compensation is disbursed as per victim compensation fund. Due to this ambiguity, the courts have faced dilemma. Below mentioned are few important judgments wherein compensation to the victim under the Act is discussed in details.

The Hon’ble Supreme Court in the case of  Ankush Shivaji Gaikwad v. State of Maharashtra AIR 2013 SC 2454 held that“…unless Section 357 is read to confer an obligation on Courts to apply their mind to the question of compensation, it would defeat the very object behind the introduction of the provision.”

“There is a statutory duty upon the State, under Section 357A of CrPC, to award compensation to victims of crime. A new Section 357A was introduced to the Criminal Procedure Code in order to cast a responsibility on the State Governments to formulate Schemes for compensation to the victims of crime in coordination with the Central Government. Unlike Section 357, the onus was not simply on the offender to pay the compensation, but had been put on the District Legal Service Authority or State Legal Service Authority to determine the quantum of compensation in each case.”

It is noteworthy to mention that the Supreme Court in the case of Suresh &Anr. v. State of Haryana (Crl) No. 420 of 2012 held that:

Due to the prevailing ambiguity in providing assistance to the victims wherein the courts faced dilemma for ordering compensation from relevant authority, the Central Government enacted the POCSO Rules, 2020. Following are the heads under which the PocsoRules, 2020 have been laid down are as follows:

Protection of Children from Sexual Offences Rules, 2012 are hereby repealed, except as respects things done or omitted to be done before such repeal.

[20]Ibid at ‘Statement of Objects and Reasons’.